Fighters (ファイター Faitā) are humanoid warriors that debuted in Kid Icarus: Uprising. Appearing exclusively in Together Mode, these soldiers compete in the divine sports of Skyworld.

Fighters wear helmets with wing-shaped visors, and armor on their arms, torsos, and legs to match. The color of their armor varies depending on sport and team—in Free-for-All, they appear in a wide array of colors, which is dependent on the shirt color of the Mii associated with a player's game profile; in Light vs. Dark, they appear with white armor when affiliated with the Light Team, and dark gray armor when affiliated with the Dark Team.

Although Fighters appear to resemble humans, it is likely that they are of a different species altogether, as they have the ability to wield weapons imbued with the power of the gods.[1]

Fighters are capable of utilizing the same weapons and powers as Pit in battle. However, Fighters are not as formidable as angels, as they have reduced health, speed, and strength.

Warriors who compete in the divine sports of Skyworld. They fight for no side but their own, and though not as formidable as Pit, they have skills that make them fierce in the field.

Warriors fighting for the Dark Team in the sport of the gods, Light vs. Dark. Dark Fighters wear dark-colored armor that is both light and strong. While fierce in battle, Dark Fighters are pretty sweet dudes to hang out with. 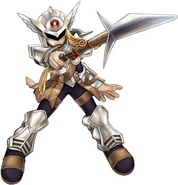 Artwork of a Light Fighter wielding the Insight Staff. 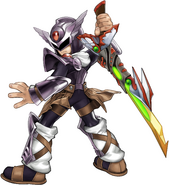 Artwork of a Dark Fighter wielding the Burst Blade.

AR Card of the Fighter.

AR Card of the Light Fighter.

AR Card of the Dark Fighter.

Retrieved from "https://kidicarus.fandom.com/wiki/Fighter?oldid=46290"
Community content is available under CC-BY-SA unless otherwise noted.