Icarus was a game that was being developed by Factor 5, Inc. between March, 2007 and March, 2008. It was offered to Nintendo as the successor to the original Kid Icarus, but the offer was ultimately declined.[1][2]

Beginning in Skyworld with Pit's younger appearance, Icarus would have taken place not long after the events of the first game. In this game, Palutena banishes the angel from Skyworld to the Overworld, as he is accused of crimes against their realm.

Many years after this event, Pit has matured into a skilled warrior from the time he spent defending the Overworld, now possessing the ability to fly due to his wings becoming stronger with age. As a new darkness begins to threaten the earth, Pit is prompted to defend the realm and find redemption along the way.

Nintendo handed development of the upcoming Kid Icarus title to Factor 5, Inc., requesting 3D graphics but otherwise granting them creative freedom in their endeavor. However, Nintendo had also requested that the company use Pit's design from Super Smash Bros. Brawl in some capacity, but Factor 5, Inc. ignored this request and proceeded to use their own vision of Pit instead.

The artists strived to give the game a darker, more mature atmosphere, aging Pit up to a seasoned warrior. They considered many different choices for Pit's new design, some of which were similar to his design from the original game, while others portrayed him as a fallen angel with dark wings, a demonic arm warped by dark magic, broken shackles, scars, and tattoos to represent his crimes against Skyworld. In the end, they settled on a design that met somewhere in the middle of these two contrasting ideas, along with a redesigned Palutena Bow.

Factor 5, Inc. wished for the gameplay to incorporate Pit soaring freely through the sky and landing for combat, similar to the concept of Air Battles and Land Battles. Players needed the nunchuk attachment for movement, using the Wii remote's pointer for aiming. One of the objectives for the game would have been to collect orbs that were scattered throughout various stages, where the player would encounter familiar enemies such as the Bat and Nettler.

Once the first playable prototype of the game was complete, Nintendo felt the project was too much of a departure from the series to continue funding it. The project was ultimately cancelled, and Masahiro Sakurai was allowed to proceed with the development of a new installment in the Kid Icarus series instead, leaving behind Icarus in favor of Kid Icarus: Uprising. 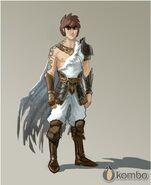 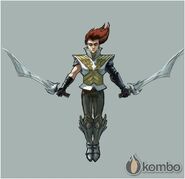 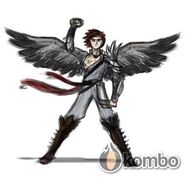 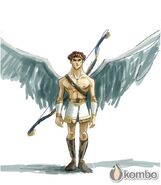 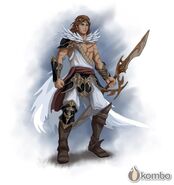 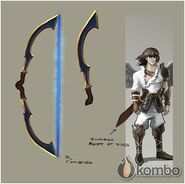 Retrieved from "https://kidicarus.fandom.com/wiki/Icarus?oldid=46990"
Community content is available under CC-BY-SA unless otherwise noted.